The proceeding weather charts compares the average weather of Toronto and New York.

For separate average weather information about New York or Toronto.

The first weather graph displays the day time maximum average temperature, the second shows the average night time minimum and the bar chart indicates the amount of rain per month. These weather charts visually compare the weather of Toronto to the weather of New York when planning a business trip, holiday or vacation to either. 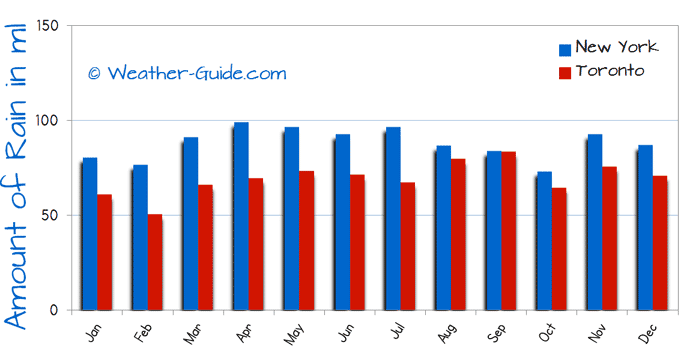 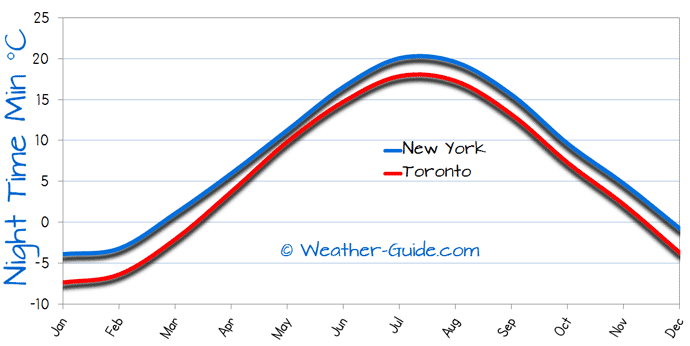