The first weather graph displays the day time maximum average temperature, the second shows the average night time minimum and the final bar chart indicates the number of wet days per month. These weather charts visually compare the weather of Paris to the weather of Los Angeles to help plan for a vacation. 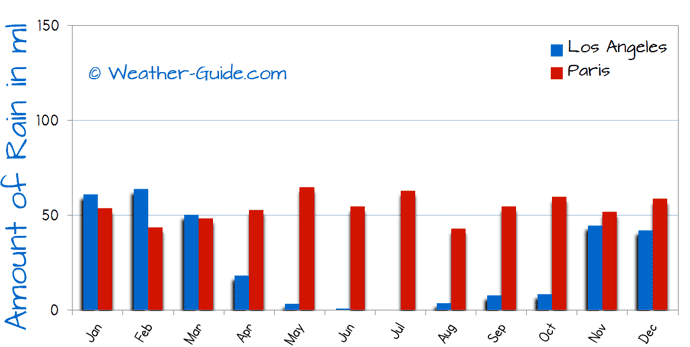 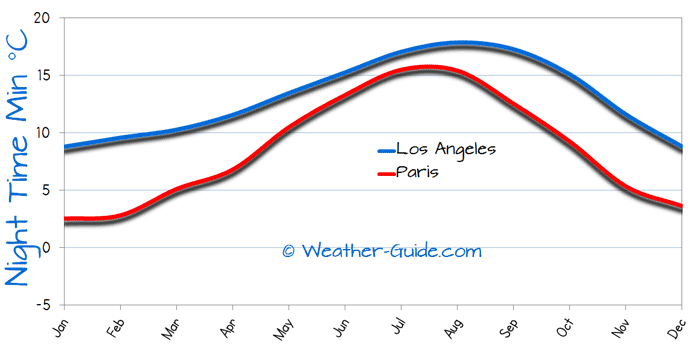