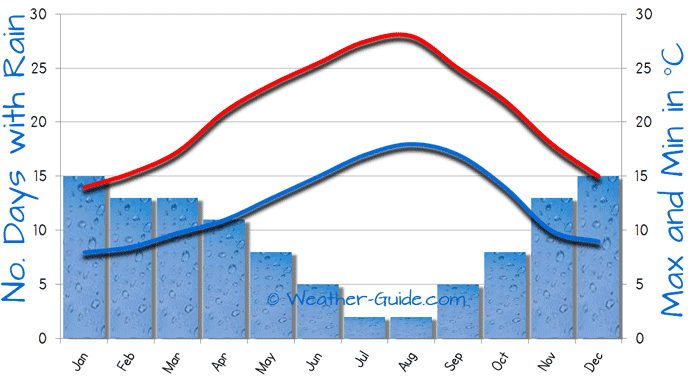 The average weather for Peniche, Portugal

The Peniche weather chart and data has been averaged into monthly segments to aid in choosing a suitable season to visit Peniche. The average monthly maximum temperature is the average air temperature that is in a place of shade therefore Peniche temperatures in direct sunlight during the summer months will be much higher.