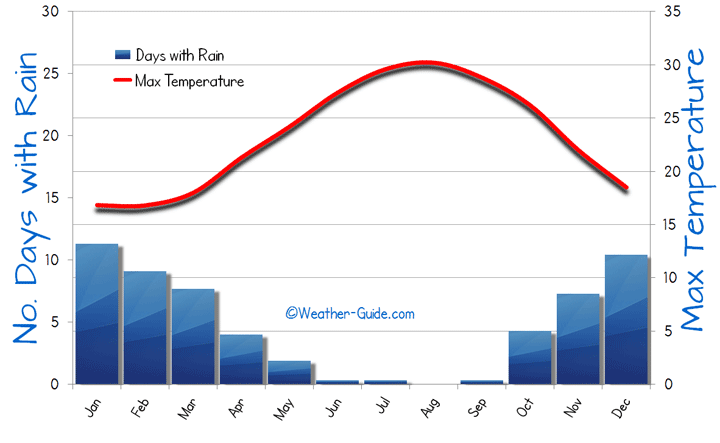 The average weather for Paphos, Cyprus 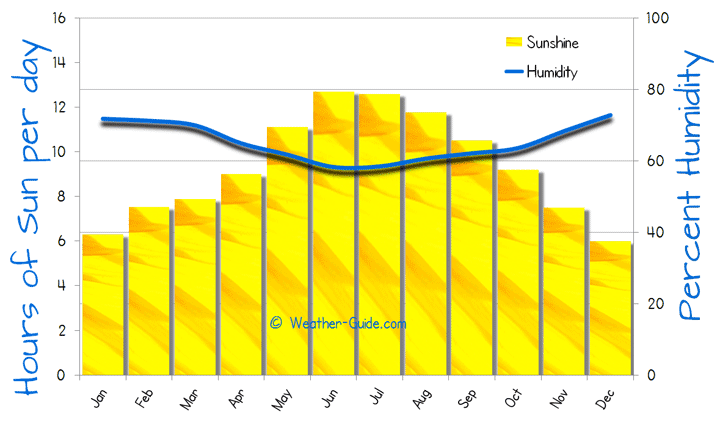 The above sunshine and humidity chart display the average conditions for Paphos. The amount of sunshine is the average amount per day while the humidity is expressed as a percent. 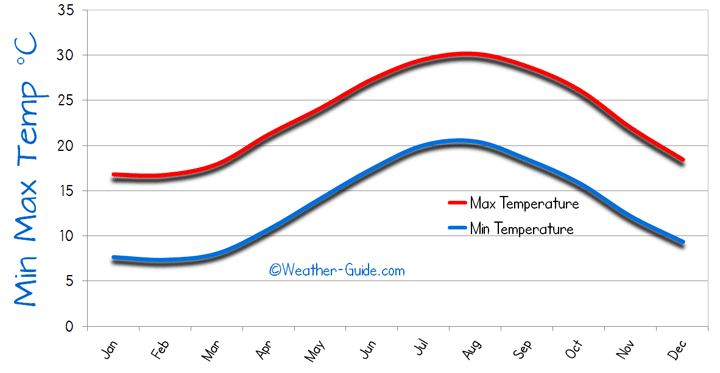 The above chart displays the maximum and minimum temperatures for Paphos, Cyprus

When to Visit Paphos

Paphos and Cyprus are classified as having a Subtropical Climate of the Mediterranean Semi-arid type. This means that Paphos has hot dry summers and very mild winters. The majority of the annual rain fall occurs during the winter months but Cyprus does suffer with water shortages. The yearly average temperature of Cyprus is warmest of the European Union Mediterranean countries so is a great holiday destination.

The sea temperature surrounding Paphos ranges from 17°C in February to a warm 27°C in August. The average number of hours of sun light per day helps to keep Cyprus a popular holiday destination even in the winter months. The island has almost double the amount of northern European cities. Paphos has an average of 12.5 hours of sun per day during July and still a pleasant 5.4 hours in December. Humidity is not a problem in Paphos and actual reduces during the hot summer months. The best time of year to visit paphos is between late spring and early summer but the agreeable climate makes the island good at any time of the year to visit.