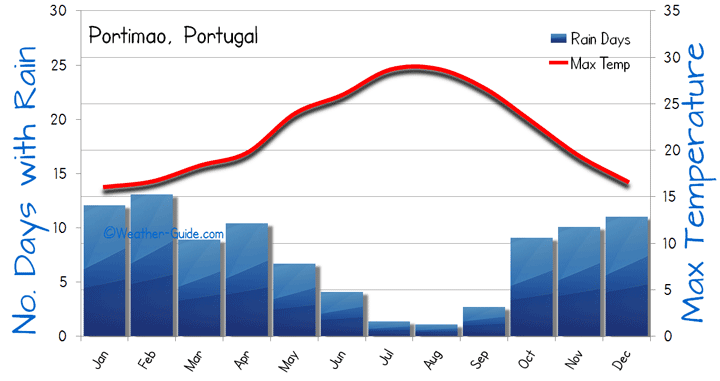 The average weather for Portimao, Portugal 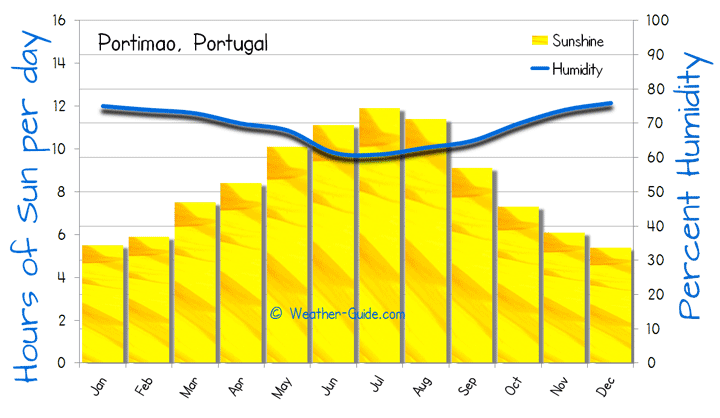 Humidity and hours of Sunshine for Portimao, Portugal

The above sunshine and humidity chart display the average conditions for Portimao. The amount of sunshine is the average amount per day while the humidity is expressed as a percent. The humidity levels changes signifcantly during the day with higher humidity in the mornings than evenings. 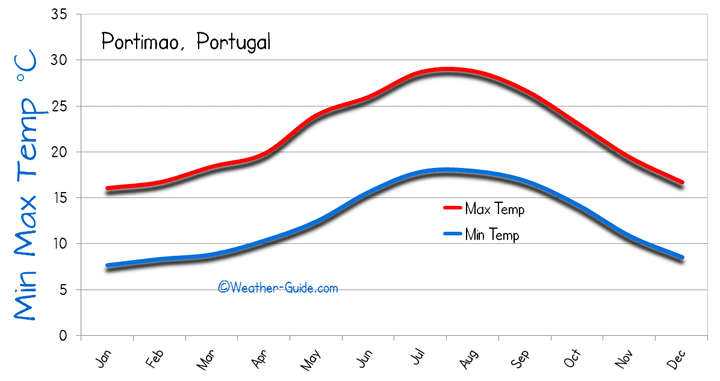 The above chart displays the maximum and minimum temperatures for Portimao, Portugal

When to Visit Portimao for a Holiday

Portimao is not only blessed with beautiful scenery also has fantastic weather, experiencing approximately 3,000 hours of sunlight per year - one of the highest amounts in Europe. This equates to 12 hours of sun per day during the summer months with temperatures in direct sun reaching a sizzling 37°C.

Algarve not only has great summertime weather but the season which is suitable for tourists lounging on the beach extends from early spring to late autumn. Both spring and autumn are good seasons to visit Algarve as the weather is still agreeable but beaches and towns are less crowded than during the height of season.

July and August are the main tourist season and Algarve is packed with both foreign and Portuguese tourists. The weather at this time of year is at its hottest and anything else apart from spending time on the beach is difficult and draining. Rain in this season is unheard of. Sea temperatures surrounding Algarve during the summer reach 21°C which is significantly warmer than Portugal's Atlantic coast but is still much cooler than other Mediterranean resort towns.

This pleasant bright weather continues until October when the chance of rain increases and in November the temperatures fall off. The weather of Algarve during the winter months is best described as unpredictable and not really suited to spending time on the beach.

Spring is the most pleasant season in Portimao as the surrounding landscapes is green and blossoming from the winter’s rains and the days are bright and sunny. This is the ideal season for both exploring the region and spending time on the quieter beaches. The best season for a beach holiday in Algarve is in late May and through June when the weather is hot while the beaches are nicely deserted.

Have You Read Our Other Tourist Guides to Portugal? 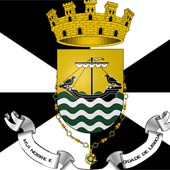 Lisbon is the vibrant
capital of Portugal 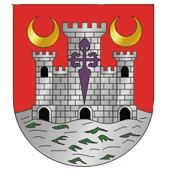 Sesimbra is located on a
stunning coastline

The capital of central
Alentejo is pretty Evora

Lagos is the best resort
town of the Algarve