Apart from having very hot summers and warm winters weather of Essaouira is dominated by the alizee winds. These winds make the city and beach a perfect destination for kite and wind surfers as waves are whipped up. This alizee winds do not encourage spending long spells on the beach especially during the spring and summer months. As with much of Morocco the summer months are incredibly hot but the heat is without the high humidity. The best time of year to visit Essaouira is during the regions spring months of April through to May. Autumn after the hot summers is also a good season to visit but nights rapidly cool off later in the year, this is also the season when the best bargains can be sought. 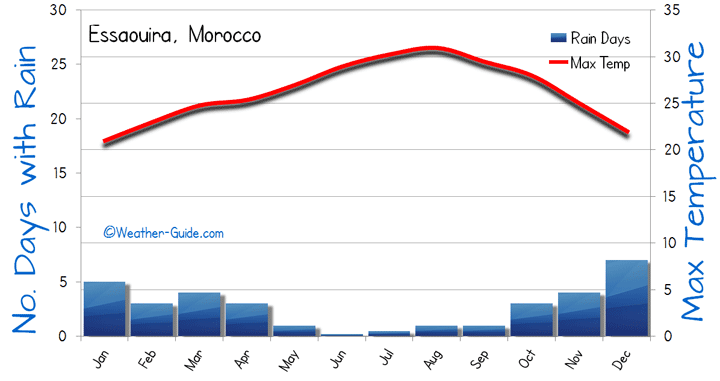 The average weather for Essaouira, Morocco

Humidity and hours of Sunshine for Essaouira, Morocco

The above sunshine and humidity chart display the average conditions for Essaouira. The amount of sunshine is the average amount per day while the humidity is expressed as a percent. 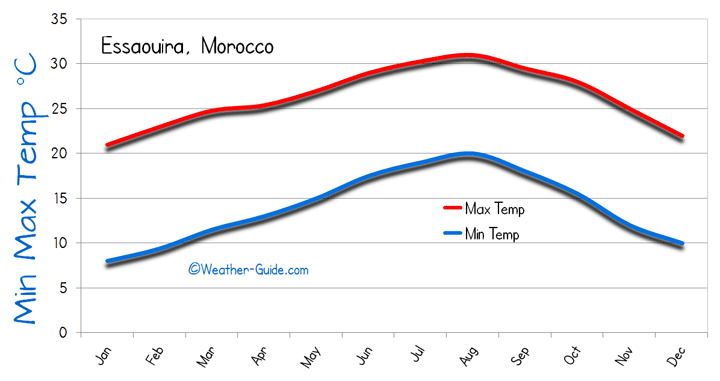 The above chart displays the maximum and minimum temperatures for Essaouira, Morocco