Agra has three distinct seasons with only one which is favourable for tourists and visitors. The three seasons are the mild winter, the punishingly hot summer and the short monsoon. The best season to visit Agra is during the winter months of November through to February. For a tourist guide to Agra. 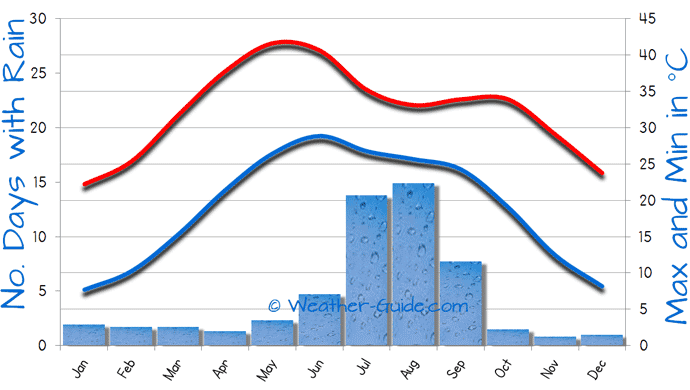 The average weather for Agra, India

The cooler winter months coincide with the main tourist season for India and this season starts at the end of the monsoon rain in late October. Days in this season are pleasantly warm with little rain and relatively low humidity. During late December and January there can be very thick fogs which linger when into the day which can severely detract from visiting the sights of Agra. The end of the tourist season occurs when the temperature starts to reach unbearable conditions in April and May.

The monsoon season is from August through to mid October and brings relief from the summer heat. The rains are much less in Agra than in many other Indian cities but it is still not a great time of year to visit.