Maximum Temperature For Rhodes and Tenerife 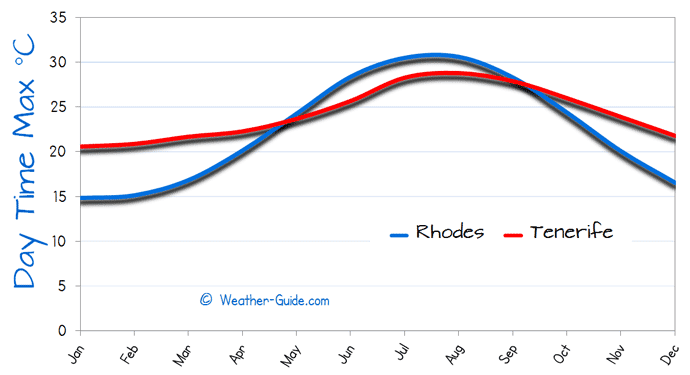 The monthly average maximum temperature of Tenerife compared to Rhodes

The day time maximum temperature measurement is recorded in shade therefore the temperature in direct sunlight during the summer months will always be much hotter.

Amount of Rain in Tenerife and Rhodes 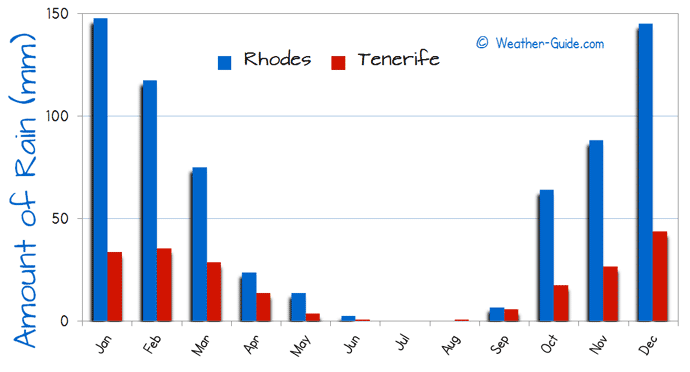 A larger amount of rain generally indicates more wet days but all resorts have significantly less than back at home. London has a yearly average of 50 mm per month, while Cardiff has 95mm and Glasgow has a dismal 100mm of rain per month.

Hours of Sun Per day for Rhodes and Tenerife 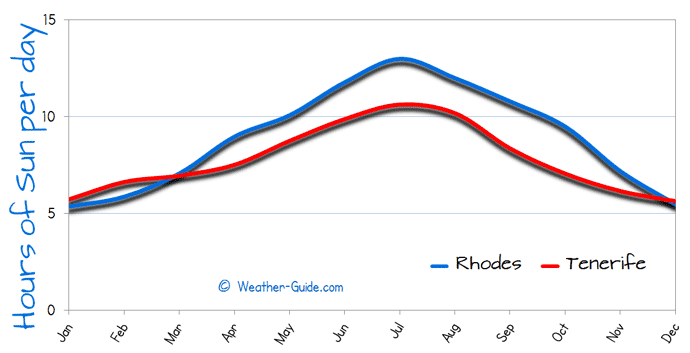 This measure of sun light hours indicates how many hours of sun to expect in Rhodes or Tenerife per day on your holiday.